"ABBEY'S BOOKSELLER PICK - This assured and compelling debut novel is based on real events. In 1897 at the height of the rush to reach the North Pole, a Swedish expedition set out to conquer the distance - by hot air balloon. One of the members was a young man related to August Strindberg, part of an accomplished and talented family, and engaged to Anna. When the expedition disappears, and as nothing is heard from them, she too vanishes. 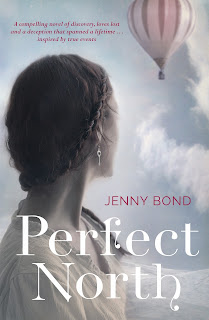 Decades later, the remains of the balloon are found on a remote island, and the newspaper which originally sponsored the attempt sends a journalist, Kurt [sic] Stubbendorff, to the scene. There he finds the body of Nils Strindberg, and a cache of love letters. Moved by their contents, he decides to track down Anna and return them to her. But Anna had her reasons for disappearing, and as Kurt discovers, sometimes secrets need to be kept…

I found this to be a wonderful read, with an interesting narrative structure, psychologically rounded characters and passages of quite beautiful writing. Very satisfying, and very much recommended!"
See review