Sentimental inspiration for a novelist

Are you the sentimental type? I’m not. Birthday cards are binned one week later, anniversaries come and go without comment, and a friend once accused me of being cold-hearted when I failed to shed a tear moving from the house in which my first son was born. But the one thing that drives me to weep tears of sentiment are the cars I have owned.

The first that came into my possession was a 1974 Renault 12. My parents bought it for me as a surprise for my seventeenth birthday. It cost $500. At that price it needed some work, which my mechanically minded father saw to in secrecy in the months preceding my birthday. When the car was presented to me I sobbed with wonder and joy. In my eyes she was the most beautiful vehicle I’d ever seen. Neither her striking hue (bright orange), nor her age (old), nor her dents (many) bothered me. I named her ‘Brigitte’ after Brigitte Bardot. 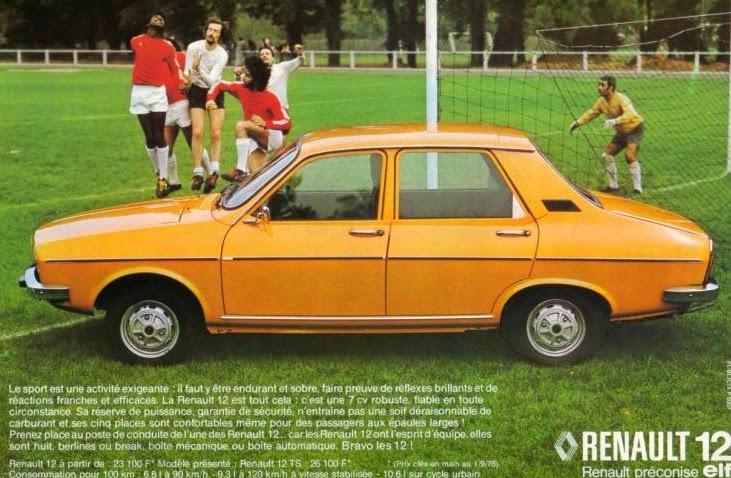 Throughout my senior year at high school and my four years at university, Brigitte stood by me faithfully. When I took my first teaching placement in the western suburbs of Sydney I realised Brigitte, although still beautiful, was not a young woman any more. To ask her to ferry me many kilometres each day would be cruel.

When I reluctantly sold her it was to a seventeen-year-old girl for $600. My only comfort came when I handed the new owner the keys and she began to cry, just as I had six years earlier. She told me she planned to name her ‘Ginger’. To the young, female owner before me, she had been ‘Pumpkin’.

I am reminded of Brigitte each time I visit the National Museum of Australia in Canberra. On display is a bright yellow 1923 Citroën 5CV which belonged to Nevill Westwood, a Seventh Day Adventist Missionary. He had nicknamed his second-hand purchase ‘Bubsie’. In 1925, at the age of twenty-two, the evangelist adventurer departed Perth and headed north in Bubsie with the aim of carrying out missionary work in isolated, Top End communities.

On a whim Westwood wound up travelling clockwise around the country. When he and Bubsie arrived back in Perth one hundred and forty eight days later they had clocked up 17,200 kilometres. The two-seater, boat-tail tourer became the first car driven around Australia. For more info about Westwood’s epic journey click here.

Brigitte and I may never have embarked on such a daring expedition, but each time I see Bubsie I whimsically recall my beloved, sunny-coloured, French-made automobile.

In the five years I have lived in the ACT I have grown increasingly attached to Westwood’s ‘Little Lemon’, as the model later became known. So much so that I used her as my inspiration for Monty Chapel’s car in The President’s Lunch. When Monty and Iris steal away from Hyde Park after a tense and emotional Thanksgiving Eve dinner, it is in Bubsie that they escape.

What do you get sentimental about?