My mother, a Depression-era baby, spent a great deal of her adolescence at the ‘pictures’. By feeding me a well-rounded diet of Hollywood movies from the ‘30s, ‘40s and ‘50s, she passed on her love of film.

As a girl I imagined myself as Debbie Reynolds in Singin’ in the Rain, leaping over lounges with Gene Kelly and Donald O’Connor. I mouthed the words Katherine Hepburn uttered as Tracy Lord in The Philadelphia Story and I attempted to tame my wayward curls, by using hot rollers and bobby pins, into something resembling Carole Lombard’s sleek and silky do.

What most captured my imagination was the glamour of the female leads, which had much to do with the clothes they wore. I adore fashion from that era. It was elegant and feminine, but not fussy.

One of the most interesting discoveries I made during the process of researching and writing The President’s Lunch was the existence of an American fashion designer named Elizabeth Hawes. As an outspoken advocate of ready-to-wear, Hawes was the first in the industry to criticise the dominance of haute couture in American fashion. For further insight into this style maverick click here. 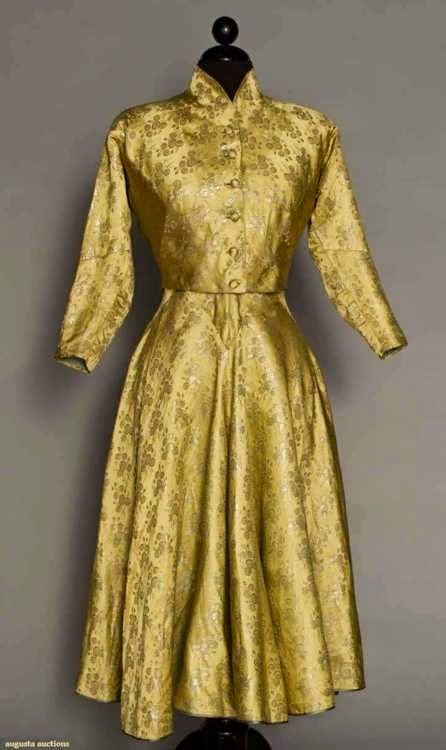 Her designs (see images above and below) were chic and affordable and I used them as my inspiration for Iris’s wardrobe in The President’s Lunch.

Do you have a favourite fashion era?