Behind the book 1: An idea is born

Over the next four weeks I will be bringing you the story of how an Australian author gets into the heads of an ex US President and First Lady, then researches and writes a historical fiction novel that revolves around their time in power. This week it's all about the birth of the idea.

The idea for THE PRESIDENT'S LUNCH came while I was completing the first draft of PERFECT NORTH, my novel published in 2013. It was 2010 and I was busy searching online food sites for a recipe for roasted potatoes.

I didn't want just any old roasted potatoes, though. I was seeking something special, roasted potatoes with a twist, so I visited the Gourmet magazine website. An American publication, Gourmet never disappointed when it came to finding something a little out of the ordinary.

Once the recipe was sourced I stayed on the site and began scanning the featured articles. Eventually I came across a piece written by American journalist and culinary historian, Laura Shapiro. It was titled FDR’s Anti-epicurean White House. 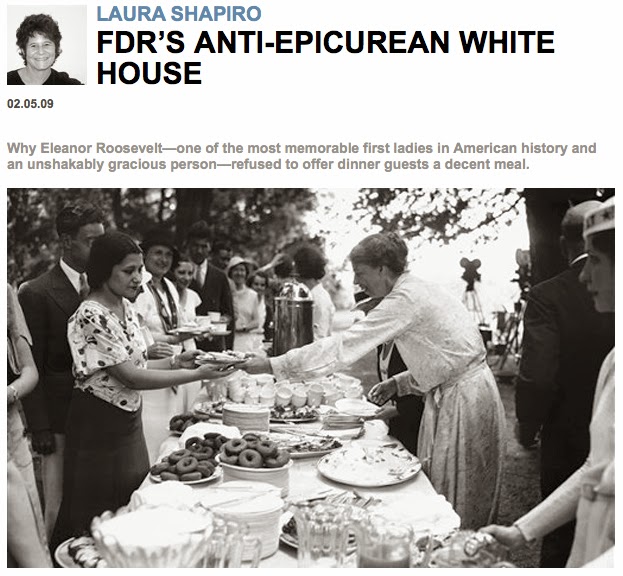 What followed was the astonishing tale of Henrietta Nesbitt, the presidential housekeeper during Franklin Delano Roosevelt’s twelve-year administration.

I knew something of FDR’s presidency from the American history courses I took at university, but after reading Shapiro’s article I became fascinated by the fact that the wheelchair-bound president, who navigated the United States through the rough days of the Depression, Pearl Harbour and World War Two, was never served a tolerable meal while at the White House.

The volatile relationship between the leader and his housekeeper struck me as a wonderful premise for a Frank Capra film, or even a novel.

It was the merest kernel of an inspiration, and I knew an entire novel could not be written around a president and his housekeeper, but I was determined to nurture the idea into something special.

In searching for a recipe I had found my twist! Not only did I walk away from my computer that day with the delicious foundations for a new novel, I also discovered a delightful recipe for roasted potatoes with bacon, garlic, cheese and parsley. 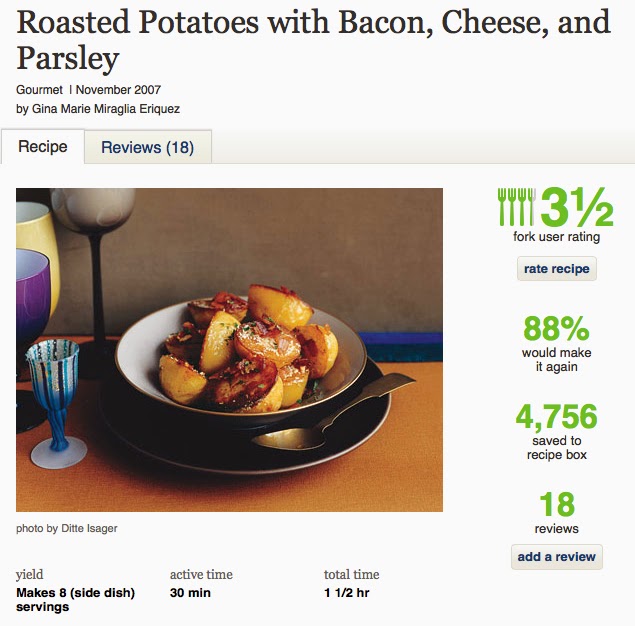