A dog of a presidential speech

History remembers Franklin Delano Roosevelt as one of the greatest presidential orators of all time. Inspiring speeches delivered when the world was its most vulnerable were his forte. ‘We have nothing to fear but fear itself’ (his 1933 inaugural address) and ‘The Four Freedoms’ (his 1941 State of the Union address) are just two of many addresses that were born from his remarkable intellect and vision. They were designed to spur the nation, and the world, into action. However, probably one of his most renowned addresses concerned a smaller domestic matter.

On September 23rd 1944, Roosevelt kicked off his fourth presidential campaign at a dinner hosted by the International Teamsters Union in Washington DC. He chose to greet the gathering with a speech focusing on Republican charges that he commissioned a naval destroyer - at great cost to the American taxpayers - to retrieve his dog Fala from the Aleutian Islands after leaving his four-legged companion in the Alaskan outpost by accident.
This is what FDR told his audience that night.

FDR: Polio and the presidency

In September 1921 aspiring politician, Franklin Delano Roosevelt, was taken by train from his summer house on Campobello Island to New York City with a suspected case of poliomyelitis (aka ‘polio’).

A few weeks earlier the 39-year-old had arrived on the Canadian outpost to spend the summer with his wife, Eleanor and his five children. Roosevelt was a skilled seaman and he had sailed to the island from New York. When he reached his destination he was feeling a little run down so he took a dip in the icy waters of the Bay of Fundy to perk himself up. However, the next day he was feeling no better and by the following morning FDR was paralysed from the chest down. Within days he was unable to move his hands and arms. Even his eyesight was in jeopardy. 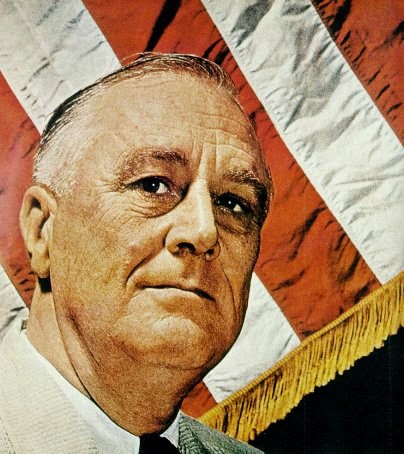 When Roosevelt’s condition failed to improve his closest friend and advisor, Louis Howe, sought the guidance of an expert in the field of infantile paralysis. After examining Roosevelt, the Harvard specialist promptly diagnosed poliomyelitis. The patient was rushed off the island immediately for treatment in New York. Although Roosevelt had nicknamed Campobello his ‘beloved island’, FDR wasn’t to return for the next twelve years.
Read more »
No comments: Links to this post

Is anybody watching the pirate series Black Sails?

I was thrilled when I discovered the Starz network was creating a television series about pirates. Over the past twelve months I’ve been researching the golden age of piracy for my third novel and have become fascinated with the maritime marauders of the early eighteenth century. Black Sails, I thought, would be right up my alley. I wanted to enjoy this series, and there is a lot to enjoy. 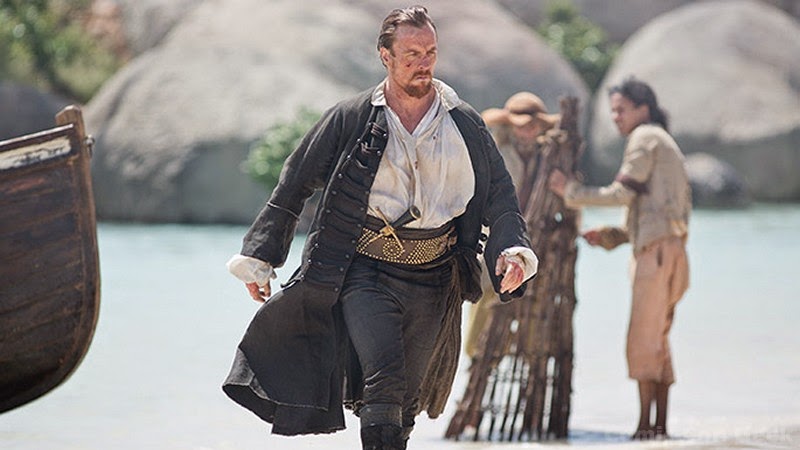 Purportedly, a prequel to Robert Louis Stevenson’s Treasure Island (there is a character called John Silver), Black Sails explores the real lives of pirates. They were dirty, drunk and toothless and swore quite a lot. Apparently, there were none who looked like Errol Flynn or Johnny Depp. They were a lawless brotherhood at war with the world. This theme rings and loud and clear. 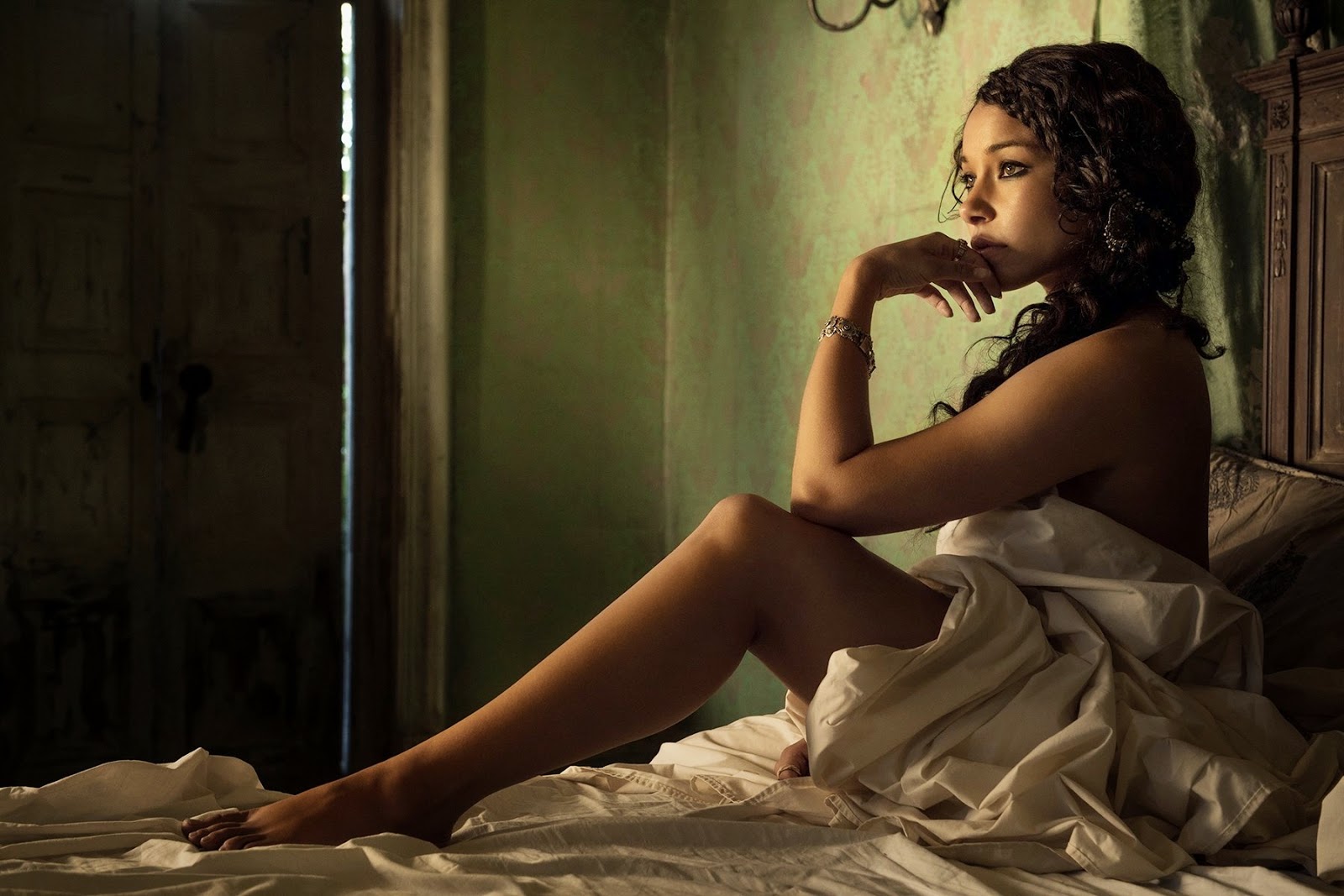 Piracy was a business, an extremely ruthless one. Deals and alliances were painstakingly negotiated. Many critics see this as a downfall of the series. Although titled Black Sails, not a great deal of the action takes place at sea, they complain. Of course, there are thrilling sword fights and bloody fist fights, but they are few and far between. This is historical fact, and the producers are sticking to it. Pirates weren’t the merry swashbucklers Hollywood would have you believe.
Read more »
No comments: Links to this post

In May 1933 Eleanor Roosevelt wrote to her president husband, Franklin, of an unusual experience she’d had with a ‘young tramp’. The man was Al Kresse and he had approached the First Lady in a gas station and asked for ten dollars. Struck by his sincerity, intelligence and sense of humour, Mrs Roosevelt obliged. She also gave Kresse her card and asked him to call on her at her East 65th St home in Manhattan. She believed she could help him find a job.

A couple of days later, Kresse did just that. When Mrs Roosevelt came home that afternoon the doorman told her that ‘a bum had been hanging around saying Mrs Roosevelt told him to meet her … I don’t know where he could have got that calling card of yours.’ Glancing along the sidewalk, Mrs Roosevelt saw him standing on the corner. She invited him to dinner and arranged a job for him in the Civilian Conservation Corps, one of her husband’s New Deal initiatives. Before long Kresse had risen in the ranks to a managerial position, married and had children. He was a frequent dinner guest at the White House and he made Eleanor Roosevelt godmother to his daughter. Kresse and Eleanor Roosevelt were close friends until her death in 1962.

This is historical fact and the premise for my novel, The President’s Lunch. But instead of Eleanor being approached by a young unemployed male, she is confronted in a gas station by a young unemployed female, Iris McIntosh. I have taken historical record and used it as the foundations for a tale of what might have happened.
Read more »
No comments: Links to this post